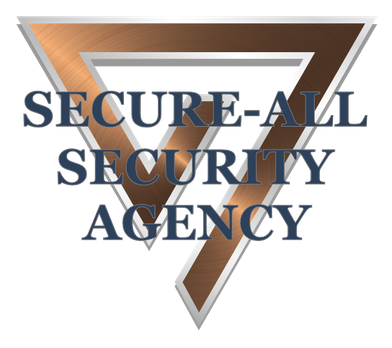 Security is always a safe investment

The following list reflects the best information we have at this time and may or may not be complete. In no way should this be regarded as the final word on the legal status of stun devices nor is this list intended to take the place of legal counsel or be looked at as being any form of legal advice. Please check with your local authorities to obtain the latest information on the legality of stun devices in your area. As a reminder, it is the responsibility of the end-user of any of our products to check their local and state laws to determine the legality of that product.

STATES THAT STUN DEVICES ARE RESTRICTED:

CITIES WHERE STUN DEVICES ARE RESTRICTED:

DISTRICT OF COLUMBIA: Illegal District of Columbia Law. DCCode Ann. Title 6, Chapter 23. Firearms Control. Subchapter I. GeneralProvisions 6-2302. (7) "Destructive device" means: (B) "Any device by whatever name known which will, or is designed, or maybe readily converted or restored, to expel a projectile by the action of an explosive or another propellant through a smooth bore barrel, except a shotgun." (D) Any device designed or redesigned, made or remade, or readily converted or restored, and intended to stun or disable a person by means of electric shock. Subchapter II. Firearms and Destructive Devices. General Provision 6 2311. Registration requirements: (a) Except as otherwise provided in this chapter, no person or organization in the District of Columbia ("District") shall receive, possess, control, transfer, offer for sale, sell, give, or deliver any destructive device, and no person or organization in the District shall possess or control any firearm unless that person or organization holds a valid registration certificate for the firearm. Subchapter V. Sales and Transfer of Firearms, Destructive Devices, and Ammunition. General Provision6 2351. Sales and transfers prohibited. No person or organization shall sell, transfer or otherwise dispose of any firearm, destructive device, or ammunition in the District except as provided in *** 6-2352, or 6-2375. SUMMARY: Possession and sales of Stunning Devices are banned in Washington, DC.

HAWAII: Illegal Hawaii State Law. Rev. Stats. Title 10,Chapter 134. Firearms, Ammunition, and Dangerous Weapons. Part 1. GeneralRegulations. Chapter 134-1 Definitions. "Electric gun" means any portable device that is electrically operated to project a missile or electromotive force. Chapter 134-16 Restriction on possession, sale, gift, or delivery of electric guns. (a) It shall be unlawful for any person, including a licensed manufacturer, licensed importer or licensed dealer, to possess, offer for sale, hold for sale, sell, give, lend or deliver any electric gun. (b) Any electric gun in violation of subsection (a) shall be confiscated and disposed of by the chief of police. SUMMARY: Possession and sales of Stunning Devices are banned in Hawaii.

MASSACHUSETTS: Illegal Massachusetts State Law. Ann. Laws of Massachusetts. Chapter 140. Sale of Firearms. Section 131J: Sale or possession of electrical weapons; penalties. Section 131J. No person shall sell, offer for sale or possess a portable device or weapon from which an electric current, impulse, wave or beam may be directed, which current, impulse, wave or beam is designed to incapacitate temporarily, injure or kill. Whoever violates this provision of this section shall be punished by a fine of not less than five hundred nor more than one thousand dollars or by imprisonment for not less than six months nor more than two years in a jailor house of correction, or both. SUMMARY: Possession and sales of stunning devices are banned in Massachusetts.

MICHIGAN: Illegal The Michigan Penal Code Act 328 of 1931.Chapter 750.224a Portable device or weapon directing electrical current, impulse, wave, or beam; sale or possession prohibited; testing. (1) A person shall not sell, offer for sale, or possess in this state a portable device or weapon from which an electric current, impulse, wave or beam is designed to incapacitate temporarily, injure, or kill. (3) A person who violates this section is guilty of a felony. SUMMARY: Possession and sales of stunning devices are banned in Michigan.

NEW YORK: The sale, possession, and use of stun guns and Tasers for self-defense are legal without major restrictions. The misuse of a stun device in the commission of a crime or assault can result in criminal liability. ... (n.Y. Penal Law §§ 265.01,265.20 (2019).) SUMMARY: Stun guns and Taser are Legal

RHODE ISLAND: Illegal General Laws of Rhode Island. Title11, Chapter 47. Statute Subsection 11-47-42. Weapons are other than firearms prohibited. - (A) No person shall carry or possess or attempt to use against another, any instrument or weapon of the kind commonly known as a *** stun gun ***. Any person violating the provisions of this subsection shall be punished by a fine of not more than five hundred dollars (0), or by imprisonment for not more than one (1) year, or both such fine and imprisonment, and the weapon so found shall be confiscated. SUMMARY: Possession and use of Stunning Devices are banned.

WISCONSIN: Illegal Wisconsin Sta. Ann. Chapter 939. Crimes -General Provisions. Chapter 939.22 Words and phrases defined. (10) Dangerous weapon" means any firearm, whether loaded or unloaded ***; any device designed as a weapon and capable of producing great harm ***; any electric weapon, as defined in s. 941.295(4); or any other device or instrumentality which, in the manner, it is used or intended to be used, is calculated or likely to produce death or great bodily harm. Chapter 941.295 Possession of an anelectric weapon. Subsection (1) On or after July 1, 1982, whoever sells, transports, manufactures, possesses, or goes armed with any electric weapon is guilty of a Class E felony. Subsection (4) In this section, "electric weapon" means any device which is designed, redesigned, used, or intended to be used, offensively or defensively, to immobilize or incapacitate persons by the use of electric current. SUMMARY: Possession and sales of stunning devices are banned.

PHILADELPHIA: Illegal Philadelphia City Ordinance. Statute10-825 Stun Guns. (1) Definitions. (a) Stun Gun. Any device which expels or projects a projectile that, upon coming in contact with a person, is capable of inflicting injury or an electric shock to such person. (2)Prohibited conduct. Nor person shall own, use, possess, sell or otherwise transfer any "stun gun." (3) Penalty. Any person violating any provision of this section shall be subject to a fine or not more than three hundred (300)dollars and /or imprisonment for not more than ninety (90 days.)

LEGAL BUT WITH SOME RESTRICTION:

We can legally sell to you, but please note the limitations.

CONNECTICUT: Legal w/ restrictions Connecticut Criminal LawTitle 53 Crimes, Title 53 Penal Code, Title 54 Criminal Procedure, Chapter 950 Section 53a-3 Definitions: (20) "Electronic defense weapon" means a weapon which by electronic impulse or current is capable of immobilizing a person temporarily, but is not capable of inflicting death or serious injury. §53-206. Carrying and sale of dangerous weapons Any person who carries upon his person? an electronic defense weapon, as defined in53a-3, or any other dangerous or deadly weapon or instrument, unless such person has been granted a written permit issued and signed by the first selectman of a town, the mayor or chief of police of a city or the warden of a borough, authoring such person to carry such weapon or instrument within such city or borough, shall be fined not more than five hundred dollars or imprisoned not more than three years or both. No permit shall be issued to any applicant who has ever been convicted of a felony. The issuing authority may request the applicant's fingerprints and full information concerning his criminal record and make an investigation concerning his criminal record and make an investigation concerning the suitability of the applicant to carry any such weapon. Refusal of fingerprinting by the applicant shall be sufficient cause to refuse issuance of a permit. Whenever any person is found guilty of a violation of this subsection, any weapon or another implement within the provisions hereof, found upon the body of such person, shall be forfeited to the municipality wherein such person was apprehended, notwithstanding any failure of the judgment of conviction to expressly impose such forfeiture. Any person who has been granted a permit to carry any martial arts weapon pursuant to this section may carry such weapons anywhere within the state. The provisions of this subsection shall not apply to any officer charged with the preservation of the public peace nor to any person who is found with any such weapon or implements concealed upon his person while lawfully removing his household goods or effects from one place to another, or from one residence to another, nor to any person while actually and peaceably engaged in carrying any such weapon or implement from his place of abode or business to a place or person where or by whom such weapon or implements are to be repaired, or while actually and peaceable returning to his place of abode or business with such weapon or implement after the same has been repaired. (b) any person who sells to another? electronic defense weapon, as defined in section 53a-3, shall, within 24hours after the delivery of such weapon or implement to the person to whom sold, give written notice of such sale or delivery, specifying the article sold and the name and address of the person to whom sold or delivered, to the chief of police of the city, the warden of the borough or the first selectman of the town, within which such weapon or implement is sold or delivered, as the case may be. Any person who violates any provision of this subsection shall be fined not more than one hundred dollars. SUMMARY: Section 53-206(a) prohibits the carrying of a Stunning Device on the person unless that person has obtained a dangerous weapons permit. However, there are no state-wide permits, only local permits the permit is only good in that particular town and would be illegal elsewhere. Anyone selling such a weapon must notify the chief of police with that information within 24 hours of the delivery. Therefore Stunning Devices can be sold and it can be kept in your place of business or home, but you cannot carry it on your person without a permit which is only good within the limits of the city in which it was issued.

CITY RESTRICTIONS: OHIO: LYNN COUNTY/CEDAR RAPIDS: Any stun gun in public requires the user to have a concealed weapons permit. By literal translation, Capt. Schwartz (ph: 319-398-3911) states that technically, this includes even "snowballs" and "Stunning Devices" NOTE: Stunning Devices can be used, however, in the place of business or at home. 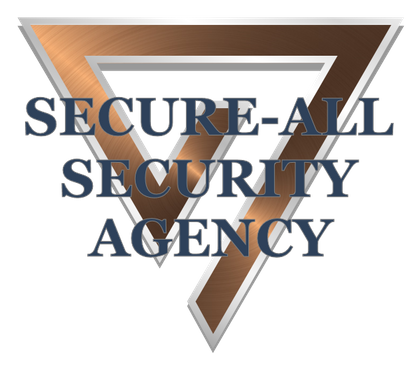